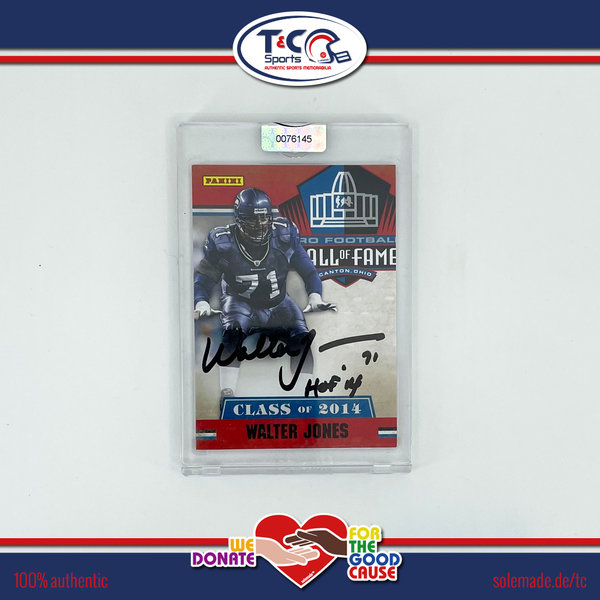 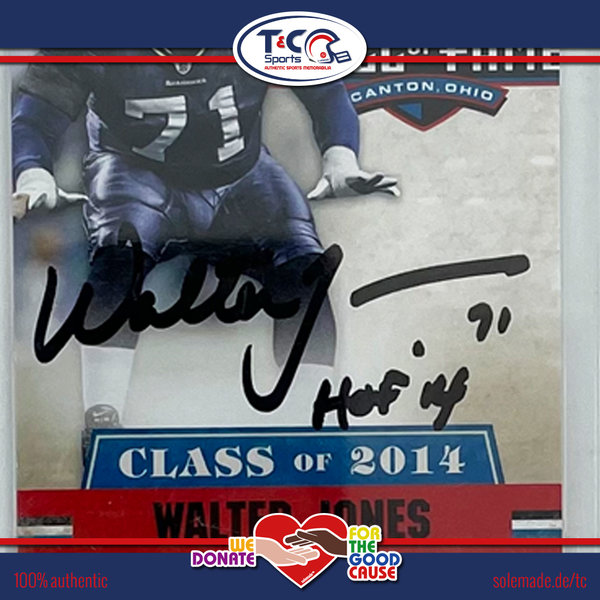 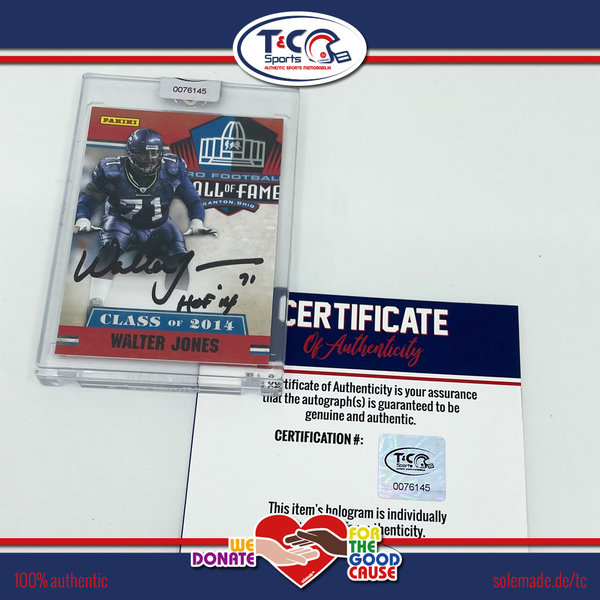 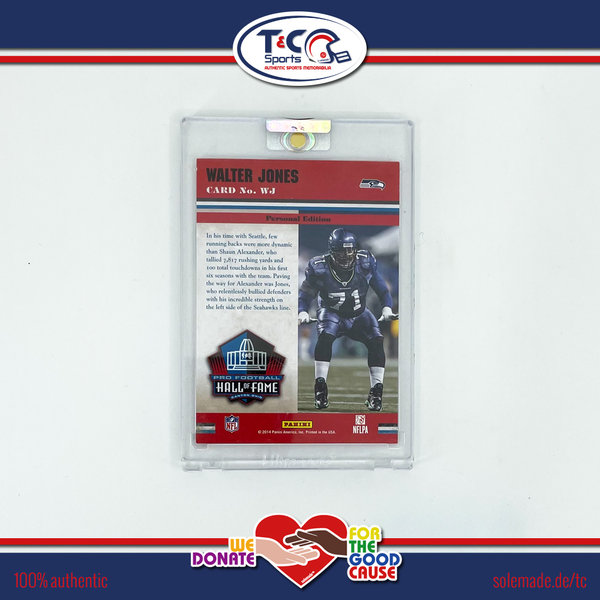 About the Pro-Athlete (from Wikipedia, the free encyclopedia):
(12/2020) Walter Jones Jr. (born January 19, 1974) is an American former professional football player who was an offensive tackle in the NFL for 13 seasons. Born in Alabama, he played college football for the Florida State Seminoles.
Jones played his entire professional career with the Seattle Seahawks, where he was a seven-time All Proselection and eventual NFL 2000s All-Decade Team honoree. Starting in each of his 180 games in Seattle, the Seahawks attempted more than 5,500 passes with Jones on the field, while Jones gave a total of only 23 quarterback sacks, and was penalized for holding just nine times. On February 1, 2014, Jones was selected to the Pro Football Hall of Fame in his first year eligibility. On Decembber 5, 2010, in a game versus the Carolina Panthers, in front of a crowd of over 66,000, the Seahawks honored the career of Jones by retiring his #71 jersey.