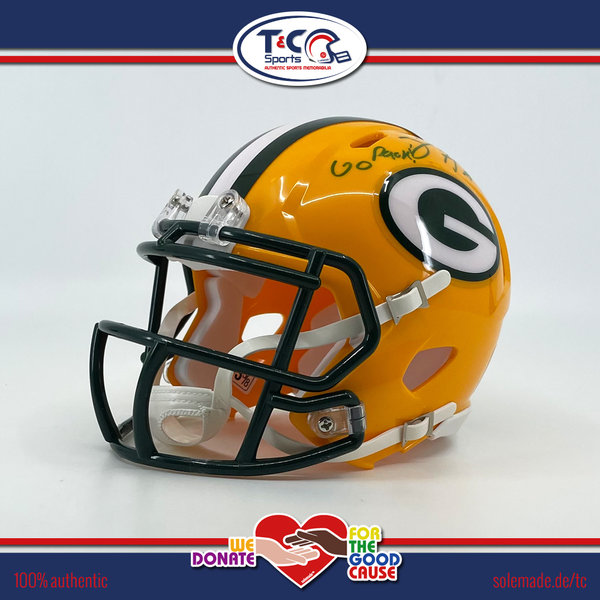 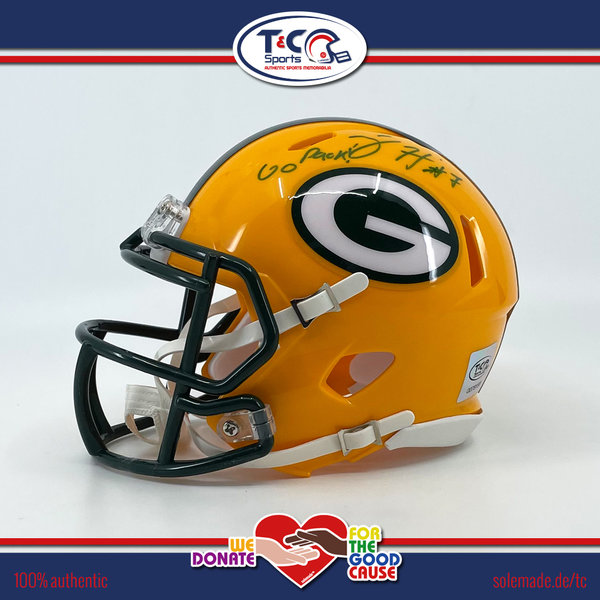 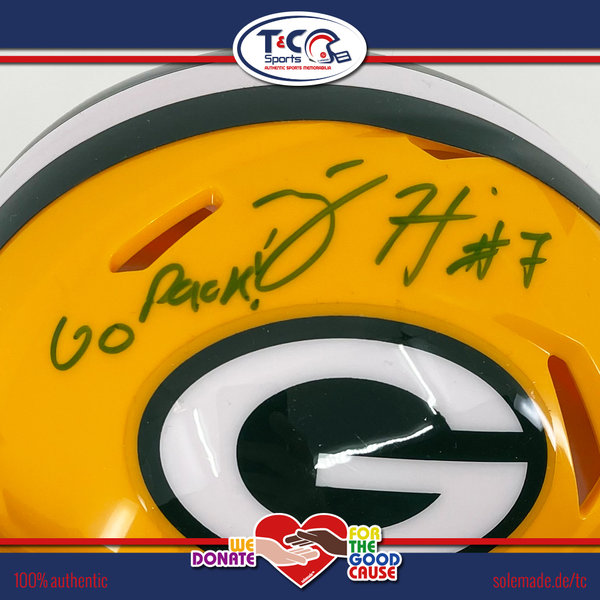 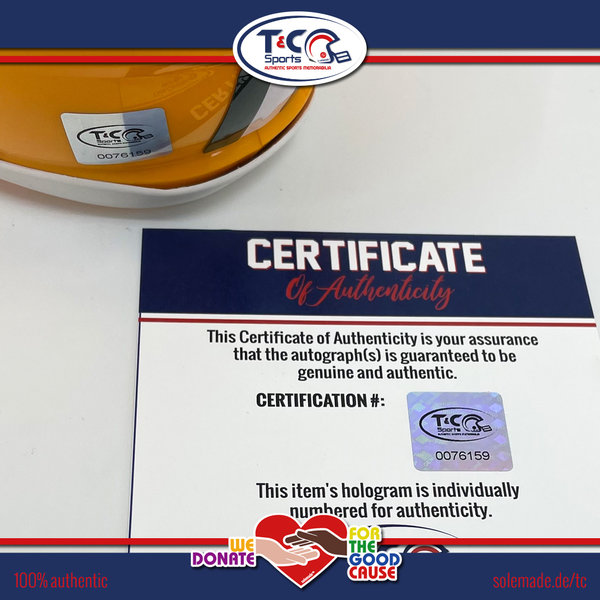 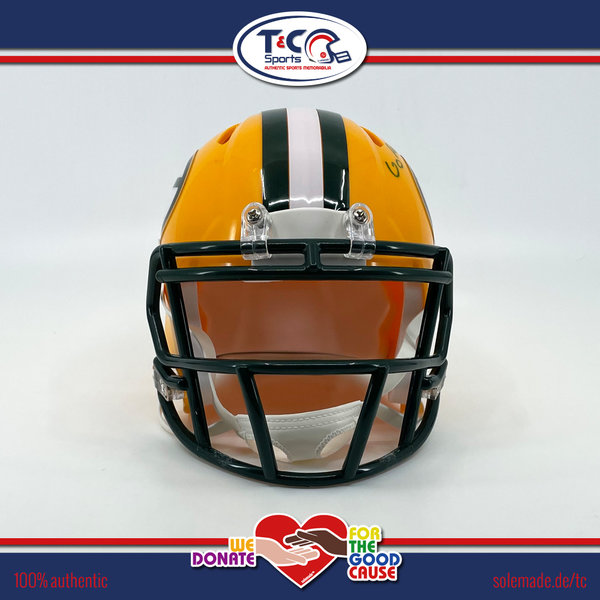 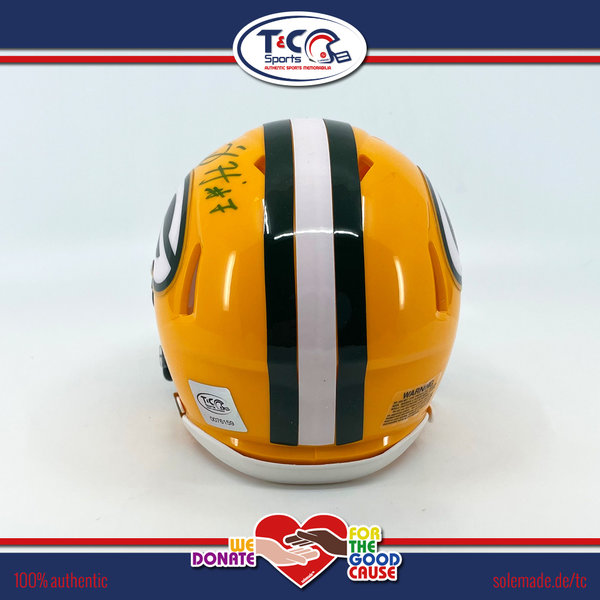 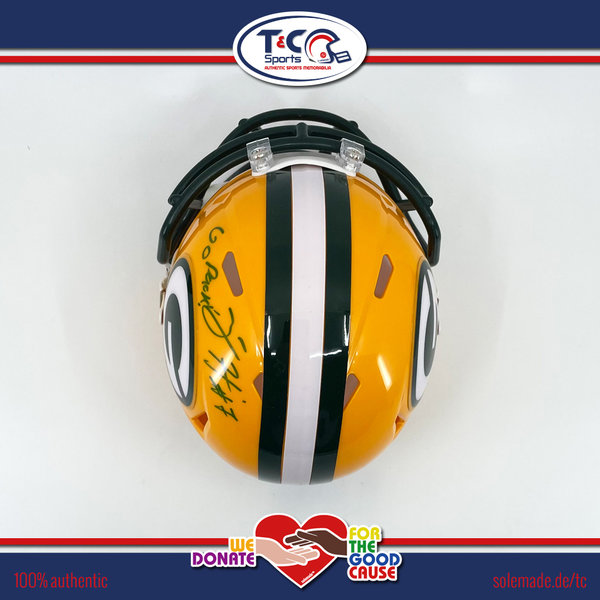 Autograph:
Brett Hundley #7
in green on left side above Logo

Inscription:
Go Pack!
in green on left side above Logo