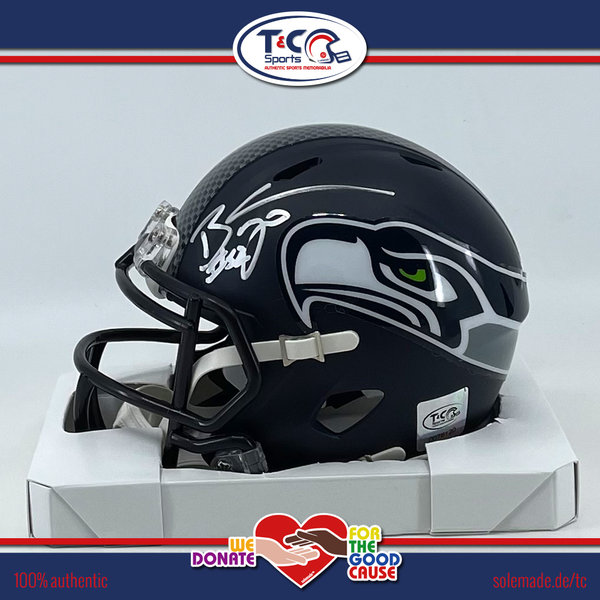 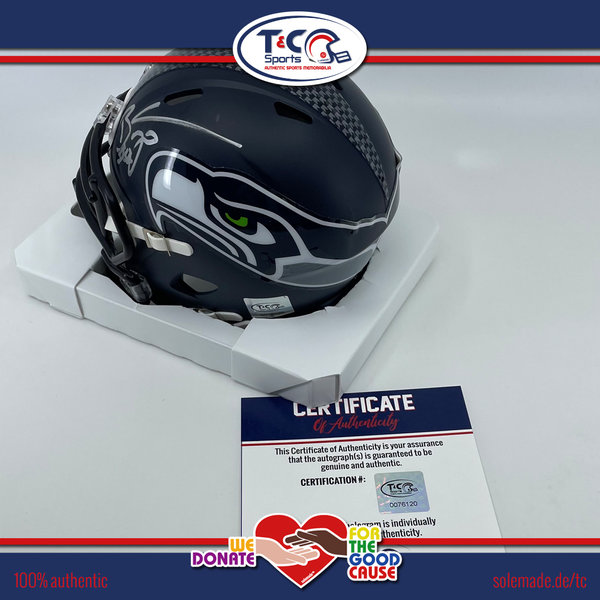 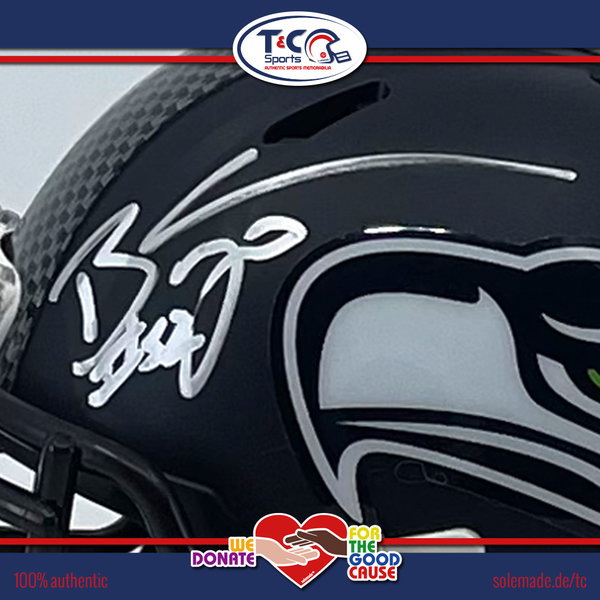 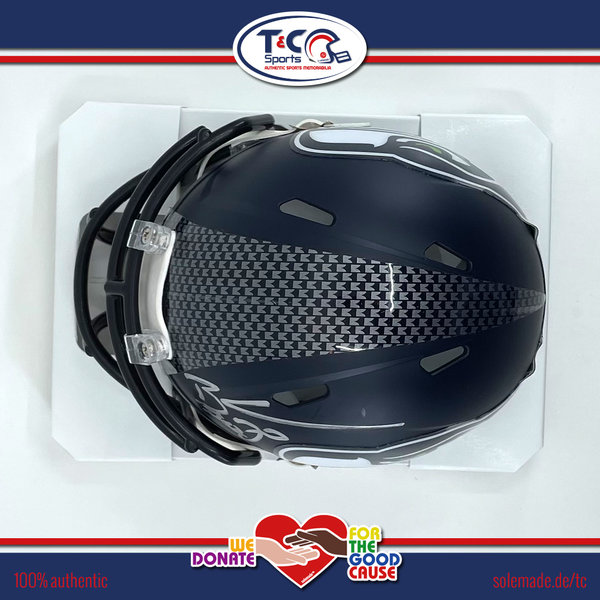 Autograph:
Barkevious Mingo #51
in silver on left side

About the Pro-Athlete (from Wikipedia, the free encyclopedia):
(12/2020) Michael Dickson (born October 4, 1990) is a professional American football outside linebacker of the NFL. On March 16, 2018, the Seattle Seahawks signed Mingo to a two-year contract. Throughout training camp, Mingo competed agaisnt D.J. Alexander to be a starting outside linebacker. Head coach Pete Carroll named Mingo and K.J. Wright the starting outside linebacker to begin the regular season. They started alomgside middle linebacker Boby Wagner. In Week 6, Mingo colected a season-high seven solo tackles during a 27-3 victory at the Oakland Raiders. he finished the season with a career-high 48 combined tackles (37 solo), two forced fumbles, a pass deflection, and one sack in 16 games and 14 starts. Befor he signed with the Seahawks, Mingo played for the Cleveland Browns, the New England Patriots and the Indianapolis Colts. After he left the Seahawks, he played for the Houston Texans and the Chicago Bears.